Rana Ranbir Wraps Up The Shoot Of ‘Posti’. See Pics Inside

[h3]It’s a wrap for Rana Ranbir directorial, Posti and the news was announced by the captain of the ship himself on his social media handles today. [/h3]

Captioning a group picture of the crew, Rana Ranbir wrote,  “Final wrap up of #Posti thaaaaankuuuuu all members of posti.”

Posti’s shoot began in November with the plantation of a few saplings at a Gurudwara. Rana Ranbir kept updating his fans regularly about the movie through his various social media shares.

Posti is going to be Rana Ranbir’s second directorial after Asees in 2018. This time his film is being bankrolled by none other than Humble Motion Pictures – the home production of actor Gippy Grewal.

While Rana Ranbir was really skeptical about directing a movie again after the bad run of Asees on the box-office owing to lack of promotions, a lot of convincing from his friend Gippy Grewal made him take a plunge again with Posti. The best part is that with Posti, it’s Gippy Grewal himself who’s backing Rana Ranbir financially.

As far as the cast of Posti is concerned, the makers conducted open auditions for the same and now the full cast includes ‘freshers like Resham, Ranjit, Chandan Gill and Saudamini Kapoor. Other actors are Babbal Rai, Prince Kawaljit Singh, Chandradeep Kaur Gill, and Raghveer Boli.

Zareen Khan, who was last seen doing ‘Daaka’ with Rana Ranbir and Gippy Grewal, will also be seen playing a pivotal part in ‘Posti’. Sharing the news of wrap, she too posted a picture of cake on her social media story. 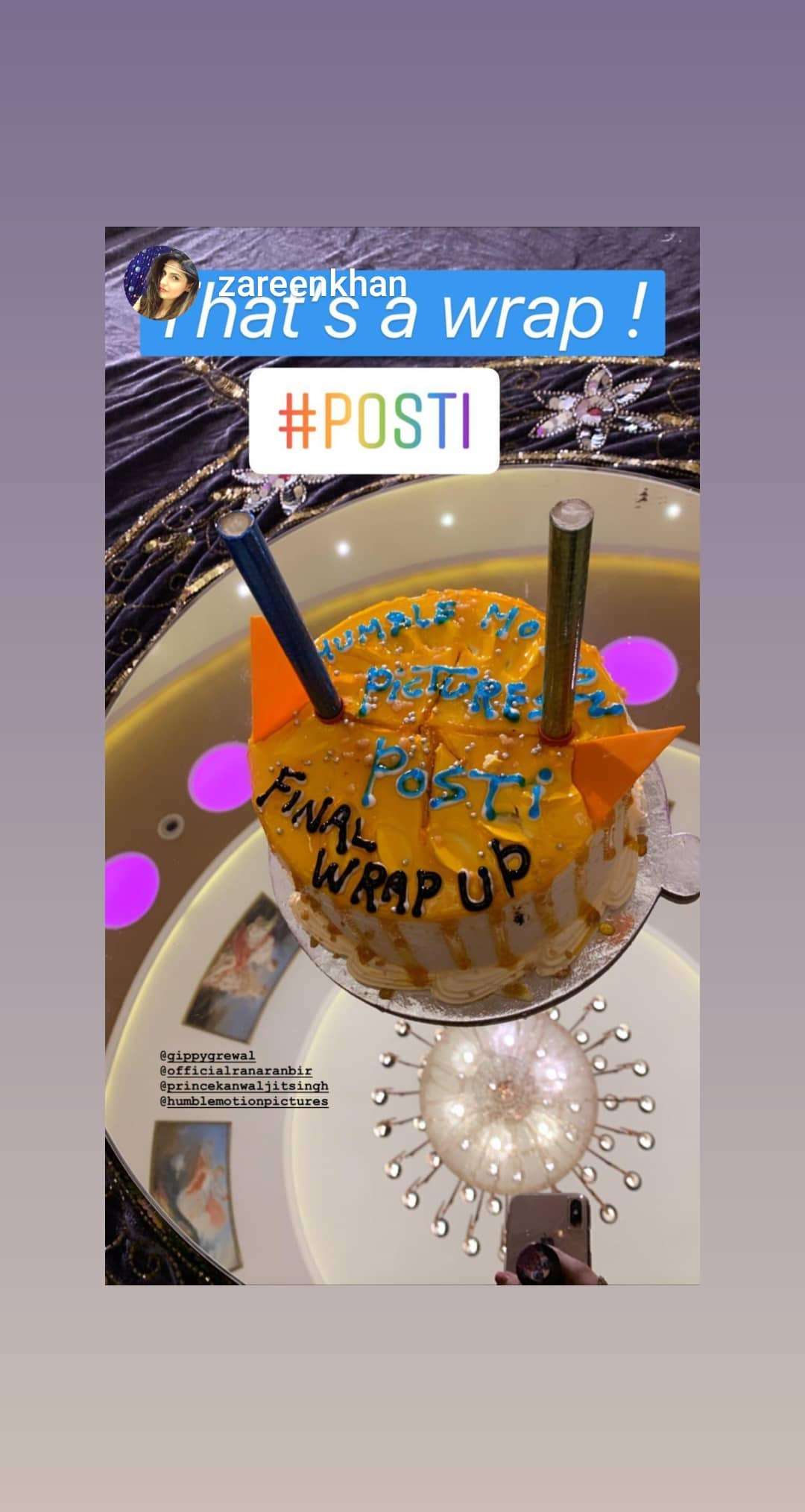 Releasing on March 20, 2020 ‘Posti’ is a serious genre movie which will deal with the prevalent issue of drug-addiction in Punjab.