‘Channa Mereya’ Will Not Be Same As ‘Sairat’ : Pankaj Batra

While we all know that upcoming Punjabi movie ‘Channa Mereya’ (releasing on 14th July) is an official remake of Marathi blockbuster ‘Sairat’, there will still be a few differences in its presentation than its Marathi version.

While Sairat was based on its writer Nagraj Manjule’s own experiences, so he chose his own village Jeur in Karmala Taluka of Solapur district as the setting, however, Channa Mereya has not been shot in just one village, but at various locations.

“It worked in Marathi, but it’s not necessary that it will work in Punjab too. We really loved the story. The film has a strong message at the end, and that’s the reason we decided to remake the film. The plan, at this point, is to retain 70 per cent of the ‘Sairat’ story while the rest can be adapted to suit Punjabi culture and sensibilities.”, said Pankaj Batra in an interview. 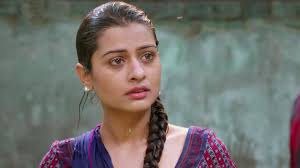 The musical romantic drama movie, Sairat has been the first Marathi film to ever gross over 100 crores worldwide. Nagraj Manjule wrote Sairat as a “classic love story” and aimed for it to be more commercial than his previous films.

We hope that its Punjabi version too, will turn out to be a blockbuster! Here’s why we already feel that it’s going to be superhit!

Here’s why Channa Mereya is going to be the next Punjabi Blockbuster!

The mesmerizing and soothing music of the movie has already won the hearts of the audience, and is all set to knock the silver screen on July 14, 2017.